What Is Amazon Scraping?

Web scraping is about gathering and extracting massive information from various sites for various purposes, mainly for business. Formatting it into spreadsheets or Excel files. Thus, Amazon scraping is the process of extracting such information from the site.  But why is it a good idea to scrape this site? It’s all about the priceless data you’ll get by doing so. Some would love to have scraping Amazon reviews or product descriptions. No matter what your purpose can be, you’ll find something valuable for sure.

Find out what is available for scraping on Amazon:

– A glance at what is ranked as best and other rankings: if your products are still lagging behind, why not look at those doing a much better job to understand what should be done to improve the quality of your own products.

– Web scraping of Amazon prices is one of the main reasons: scraping of prices is quite common practice as it offers more opportunities and helps with price policy at the same time. This can give great insights into how to approach your products with a better price option, so scraping can be employed as a price monitoring tool.

– Scraping profiles of the customers and reviewers: this is a bit complicated stuff about the personal information of the customers that are strictly protected by the Amazon scraping policy.

Since Amazon is the greatest among e-commerce sites, you’ll access a huge amount of information that isn’t easy to process. Thus, it’s critical to come up with an efficient Amazon scraping tool. Yet, before doing that, you should know about some important tips on scraping this site.

– Using several proxies can be a great idea, as doing requests from one single IP address may be the reason the site can ban you. So, hiding behind or rotating several proxy servers can be tricky and efficient in scraping the required data.

– When choosing proper proxy servers, you better come up with private ones as the public counterparts aren’t efficient and easy to be spotted by the site. Moreover, the public ones are much slower when compared to private proxies. The only setback about the private ones is that they’re not free.

– It’s important to simulate human behavior to avoid being banned or blocked by the site. Some crawlers not simulating human-like activities online send too many requests which, in turn, arise suspicion that leads to the ban, making everything be in vain.

– Making an anonymous request is another important aspect when you’re scraping the Amazon website. Even though you use several proxies, the site still can detect from which machine the requests are being sent. So, only the top scraping tool can make these requests be anonymous, by spoofing headers.

– As the last tip, it’s critical to have a URL list by your side in case of unexpected thing may happen while scraping is taking place. If the scraping process crashes, with the list of URL addresses that have been crawled, you may start from the spot you’ve been disconnected.

How to scrape AMAZON.com using PYTHON

Scraping Amazon is confusing a bit, but if to delve into the details of legislation and other changes made, scraping is allowed provided the information being scraped is publicly accessible and doesn’t violate the privacy rules and copyrights. However, when it comes to Amazon things get more complicated. Amazon is strict with what you scrape on their sites. Thus, it has enforced its security tools that identify suspicious activities and bot-like behavior sending too many requests to access the information on the site.

Simply put, you can scrape all the information that is accessible and publicly available.  However, it doesn’t say that the process will be easy for you, and thus, you can face lots of challenges in the attempts to extract the required information. But why is it so difficult?

– Owing to the algorithms employed by the site, scraping becomes more and more complicated. The site takes all measures to make it hard to scrape the site easily and does its best to reduce crawler’s activities on its platform.

– The other challenge is about activating crawlers. The site blocks them more efficiently than any other platform. Those algorithms mentioned above may easily block standard crawlers.

– What’s more, don’t forget about CAPTCHA, a conventional means of protection, which distinguishes humans and bots. On Amazon, this is frequently employed to avoid bots online. 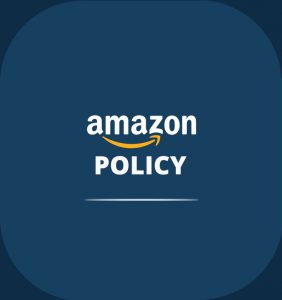 Amazon is one of the strictest platforms when it comes to web scraping. In short, unless you don’t violate the privacy of customers and copyright rules, you’re allowed to scrape any public information on the site. Yet, the site makes scraping too complicated as well.

All in all, it’s clear that scraping Amazon isn’t easy and should be done with more efficient service as there is much information. Moreover, higher levels of protection against scraping make it more difficult. However, with our service of MyDataProvider, you’ll get the best Amazon scraping tool. We will make your scraping process smoother, more efficient, and less time-consuming. Moreover, we provide Shopify web scraping as well.