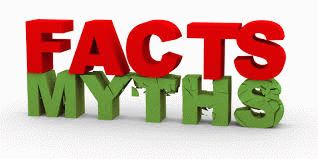 Today, web scraping has become the backbone of many businesses. It is the catalyst to their success. The term â€˜web scrapingâ€™ has become very common. Despite being very helpful to many businesses, it has become a hard nut to crack for many of them. Many people do not have the adequate knowledge, skills and resources to use by themselves.

Many people think that web scraping is an illegal process. They are wrong! What they do not know is that there are do’s and donâ€™ts in web scraping. Never scrape websites that have blocked web crawlers if you want to be on the safe side.

To get rid of the negative perspective of web scraping, think of Google that crawls in millions of website that do not block web crawlers.

Most people believe that web scrappers have the power to crawl the whole World Wide Web. They are wrong! What people do not know, before starting the web scraping process, you have to select the targeted sites. There you go, you canâ€™t crawl the entire website.

After scraping the web, you get predefined data that is stored in a dump file. The data available is not usable in its original format. It contains noise and duplicate data. The unwanted data that got scrapped along with the relevant data is what is referred to as â€˜noise.’

The scraped data is formatted and cleaned so that it can be used for the analysis process. See, you cannot use data immediately after scraping!

Hope the doubts about web scraping are clear. They are not true! Web Scraping is the most efficient and fast way to get information from the web. If you want your business to improve drastically, look for services of a web scraping expert to get relevant information for you.